On Being a Caregiver: personal reflections 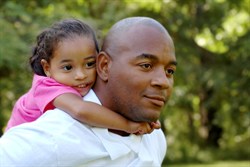 For 9 months I was the caregiver for my grandfather after he was diagnosed with terminal lung cancer.  I felt this role was placed upon me when no other family member would step forward to assist him. They had all the excuses to not participate with the care of their dad/grandpa. I felt responsible to help him, as he helped me out many times throughout the years.  It was with the help of my daughter, my sister and my friends at work that I was able to manage.

This experience has helped me be more compassionate to others with terminal and other illness, and give support and comfort to their family members.

The most challenging thing for me, I think, was not having control of the disease, the family members, or the outcome of the illness. I found the most difficult time for me was watching my grandfather treat his daughter, who was struggling with her own health issues, so badly. I understand he was angry at his diagnosis, but he didn’t direct his anger appropriately.

I would advise any caregiver to take breaks, NO MATTER WHAT.  You need to get away so you can think clearly. Taking care of yourself is very important.

Now that it is over and in the past, I still feel resentment to the family members who didn’t help and never once said thank you.  I would prefer not to do this again, but I know that I would help anyone who needs help.  Someday I may need to have help myself.

I was a caregiver for eight years before I started working in long term care.  I worked and cared for a few different families.  My longest care giving was with Mr. Smith for five years.  I looked after him for eight hours a day, seven days a week.

I decided to be a caregiver when I started helping my friends father, with his ADL’s.  It made me feel good to see how I made a difference in his, and his family’s life.  He was so happy to stay at home for as long as he could.  He had a fall and ended up in the hospital for two months.  When he started feeling better, he came home with my help.  His daughter and I were able to keep him happy for five years until he was 94.
I always turned for help to Mr. Smiths daughter, and later when his health was declining to the VON and CCAC.

Care giving did change some areas in my life.  I took a different way of thinking.  Life could change for anybody.  Be kind, help when you can and respect others.  It will come back to you.

The most challenging time for me was when the time came and I could not help Mr. Smith anymore.  His health was declining and he could not eat what he liked.  He was having problems swallowing and started choking.
I would still care for others when the chance comes.  It makes me feel good knowing that I made a difference in someone’s life when most needed.

My advice for current caregivers is to take it a day at a time.  Be patient, it won’t last forever.  Think positive.  Remind yourself how important you are to people in need at this time.  Take care of yourself too.

I would like to say how I became part of a family.  I looked after two different families and I became a daughter, and sister to both.  I am blessed.  It is seven years later and we are still like sisters and thinking back and re-visiting those days, I feel good knowing that I made a huge difference in their lives when they needed help.

I fell into the role of caregiver by virtue of being the oldest daughter of a landed immigrant. Over the years my mother had often relied on me to assist her with her affairs.   As her health deteriorated and I retired from my job  in 2001, the role evolved into becoming her primary guardian.  Although I have two siblings, one younger and one older, due to family circumstances at the time, it fell upon me to take the reins.  Over time, I was able to rely on help from both my sister and brother. My career as teacher and nurturer of young children had afforded me the skills to adapt quite easily into senior care.

However, the job of caregiver requires one to make a very unselfish commitment of your time.  You must juggle any travel arrangements and personal hobbies around your care giving duties.  The most challenging part of my current situation would be to juggle my time between my mother’s needs and those of the rest of my family.  Time constraints are an even greater issue now, having recently been blessed with two new grandchildren, one of whom I baby-sit regularly two days a week.  The desire to travel to visit the other one is also an issue.  Her acceptance into long-term care took almost a year.  She initially had to be cared for in an interim facility which was adequate but old and cramped.  She is now in a permanent facility with totally dedicated and compassionate care-givers.  However, it is also old and scheduled to close in the future and the hard-working staff is greatly appreciative of any assistance from family and volunteers.  The transition from home to hospital to full-time care was not a smooth one.  Family had to be vigilant and constantly advocate to make it happen.  The process has often been very time-consuming and quite stressful.

Although it has been a challenging situation, I would probably  react the same way, given similar circumstances.  My up-bringing and the nature  of motherhood would dictate my actions. Unfortunately, already being in my sixties and putting personal aspirations aside for an elusive time in the future, sometimes makes the role of care-giver challenging and somewhat bitter-sweet.  My advice would be to always try to make time for yourself and reach out to others for any possible assistance to meet the challenge.

Manage Cookie Consent
To provide the best experiences, we use technologies like cookies to store and/or access device information. Consenting to these technologies will allow us to process data such as browsing behavior or unique IDs on this site. Not consenting or withdrawing consent, may adversely affect certain features and functions.
Manage options Manage services Manage vendors Read more about these purposes
View preferences
{title} {title} {title}